Scottish fold kittens... This is truly a fascinating sight!
Their small folded ears do not leave indifferent neither adults nor children!
Delight and amazement - these are the first feelings that arise when you first see this furry creature 🙂
In this article, we’ll talk about Scottish cats and kittens that are fold-eared (Scottish Folds) by nature, and why their ears have such an original shape 🙂
What are Scottish Fold kittens look like?

Why do Scottish Fold kittens have an unusual auricle shape?

What are Scottish Fold kittens ears look like?
Fold-eared representatives of the Scottish cat breed have the following qualities:

This structure of the ears makes this breed memorable and fascinating look. And photos of Scottish Fold kittens are popular. The “fold” gene is responsible for the unusual structure of the auricle in Scottish Fold kittens, or rather, the “gene mutation”, which led to the appearance of such fold-eared ears.
It is believed that the story of the appearance of this breed of cats originates in one thousand nine hundred and sixty-first year in Scotland, when a local resident, William Ross, became the owner of a very unusual cat. He called the cat Susie. Suzy had unusual ears and became the ancestor of the Scottish cat breed. But in fact it is not so. Mentions of cats with fold-eared ears were found in earlier historical sources. Whatever history precedes the appearance of this "miracle of nature", the fact remains that we no longer imagine our life without these amazing creatures 🙂

AlvaRoss is always ready to offer you high-quality Scottish Fold kittens with emerald or blue eyes of these rare and precious colors!

! Additional Information!
All kittens are born with blue eyes!
But only kittens with the color-point gene have blue eyes at a more adult age! If you decide to buy a kitten in our specialized cattery of Scottish cats, and, at the same time, you want your cat's eye color (when it grows up and becomes an adult cat) to remain blue, then you need to send us a request for a Scottish Fold kitten of Chinchilla Point color. Such a kitten will have a color-point gene. Its eyes will remain blue when it becomes an adult 🙂
Photos of Scottish Fold chinchilla point kittens from AlvaRoss. 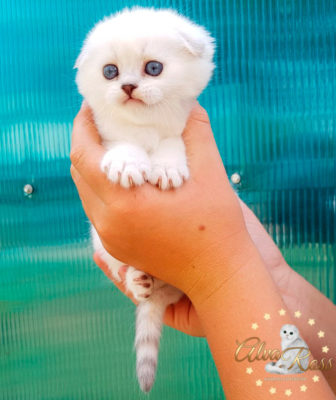 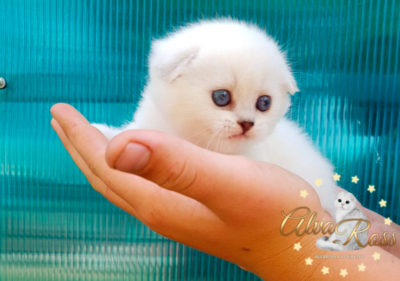 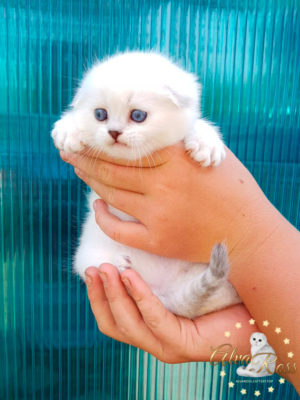 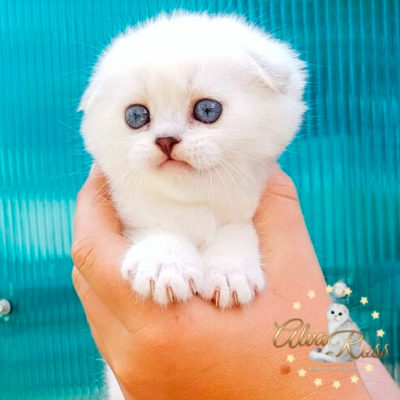 If you prefer the color of your adult cat's eyes to be emerald, then you should send us a request for the purchase of a kitten of chinchilla colors! The little kitten of this color will have blue eyes, and over time its eyes will become emerald 🙂
Photos of Scottish Fold chinchilla kittens from AlvaRoss. 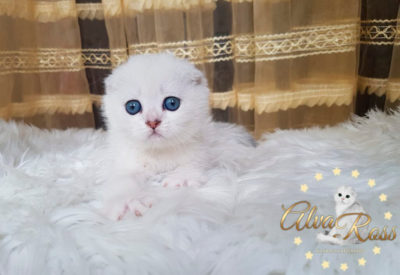 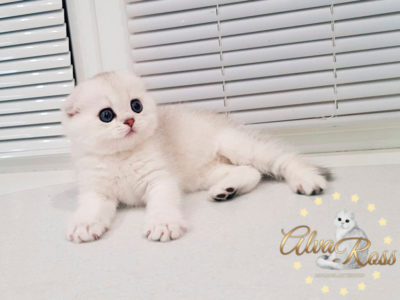 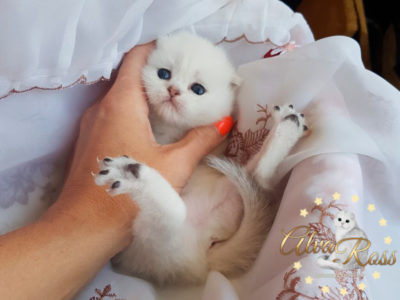 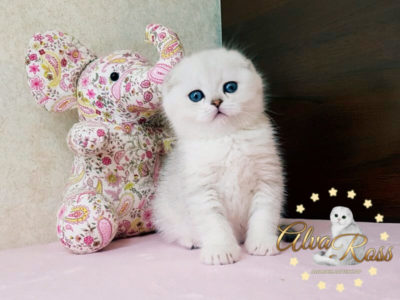 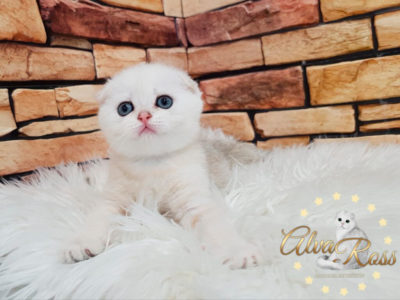 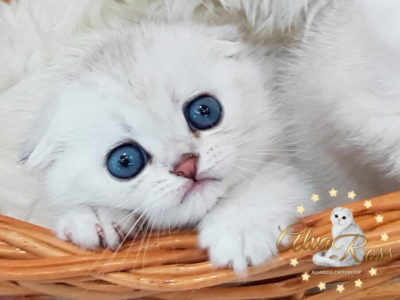 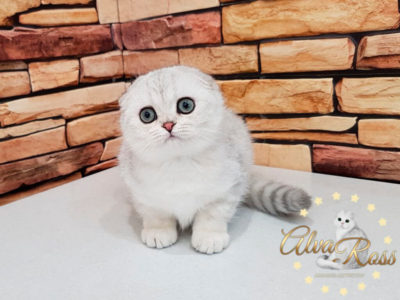 We will be glad to see you among our customers 🙂